An Independent Medical Examiner (IME) is a medical provider who serves the role of an objective evaluator for the purposes of providing an opinion on an injury or illness. 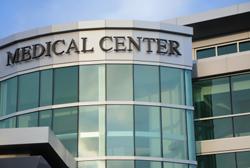